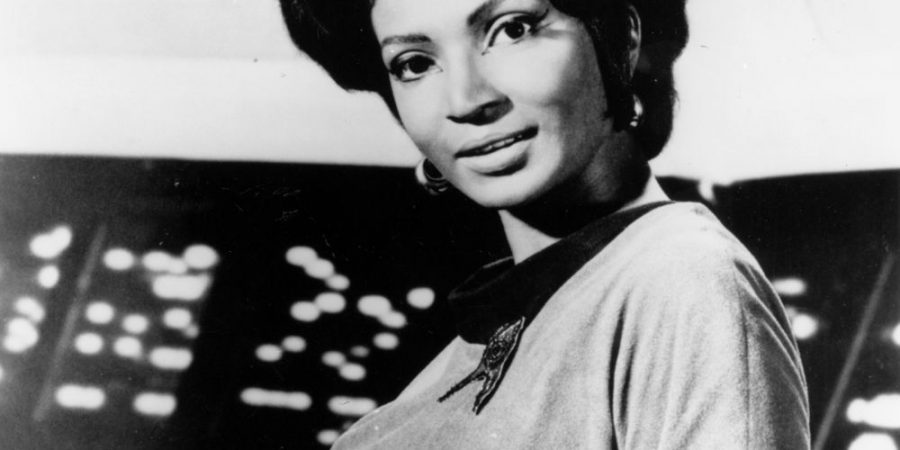 Brief consideration was given to the possibility that… but no. No he needed to inform someone, this was way above him. Imagine that though – and he was imagining it. Imagine if he was the reason they returned. He just up and decided to ignore this clear indication that someone, somewhere up there wasn’t doing their job. Because they weren’t, one way or the other they were slacking. Of course, they could be slacking for what, those on earth at least, would see as an acceptable reason: death, being the key one.

“Sorry we weren’t cleaning our shit up, but well, our crew died.”

And of course if they were dead, and those deaths were the result of hostile agitators, sending more crews up would just be tantamount to eventual special suicide. Every man, woman, child and ape would be strapped in, shot up and knocked back down.

They – they being the tyrants demanding humanity clear its shit from shared space – wouldn’t understand it. They’ve superseded that need to consider such things: “We’ve shut it down temporarily, just so we can deal with the existential threat we are facing.” No, no, they wouldn’t accept it. In their eyes, they are the existential threat. He better tell someone. Better check in with the other ship first.

Round the clock clean up crews required round the clock supervision. What was it that had been agreed: 50 year time scale for completion, on the proviso that work occurs around the clock – any slacking, or time off would result in one bout of genocide.

Last time, they’d come for womankind. God, that was a difficult sell: “If you kill all the women, we won’t be able to continue staff production – staff production, that’s how the PR team suggested we refer to it.” SO, they countered, fine, they’ll take all mankind: “Sorry, we need a mixture of both, men and women.” Well, they had to genocide something.

TC168 was his personal favourite. The crew had lasted much longer than the others had. They were efficient too. President Muffley had attempted to portray their expertise to the suppressive bastards. They didn’t care. Apparently when he spoke with them, they simply indicated to the big board – the one with the countdown displayed.

Thank fuck for that, two down and yeah, he’d be digging deep and hoping that somewhere down there he’d find sanctuary. The hole mammals crawled out of after the cretaceous-paleogene extinction.

“No, don’t do that. I’ll send up a crew to check it out alongside a replacement if you feel there’s nothing to worry about?”

Her whole flock, that big bloody thing dumped straight down on top of them. Now what did she have? A splattered mess on the underside of some ship she didn’t care for but for some reason had to fund. She’d been aghast, shaking her head at the massacre in front of her for hours. This state of shock was probably more down to her own survival, than the demise of Milly, Tilly… she couldn’t think about them any more. It made her too sad.

The ship had dropped straight down. As though pulled by a magnet. And splattered them all dead. Eviscerated in a second. The heat that swept off it had knocked her to the ground. She felt better that they hadn’t suffered. That was a consolation at least.

They’d asked her to sign up before this whole mismanaged cock-up unfolded. But she’d said “No”, it wasn’t for her, none of it. They fucked it up, they can fix it, at least that’s how she saw it. Besides if the neighbourhood despots popped down, are they going to scour the planet, and dig her out? No, she and all the other nomads would be fine if such a situation unfolded.

Having seen the crash, her son had rushed to the scene. Expecting to find nothing, not the flock, not his mother, he had been relieved to see the tall maternal spectre as he came up over the ridge. But upon reaching her, he’d got nothing. He’d been shaking her for 42… now 43 minutes – his Raketa Pilot kept perfect time. The wanderer hadn’t wanted to part with it, but the boy was insistent: “Water for watch, water for watch.” Begrudgingly the wanderer accepted.

The elder Batsaikhan Now stirred from her stupor. Her head tilted and she gazed down upon her son with a euphoric smile. An epiphany: “The bastards had taken her flock, but they’d offered her something so much more valuable. Eternal survival.”

As they entered the ship they were instantly hit by a potent odour. The son was scared, he’d not wanted to board the ship, but he’d not wanted to let his mother go alone. So, he’d followed, and now his sense of smell was being assaulted. And they were only through the first airlock. As the interior door lifted they were somewhat surprised with what they saw. Quickly the son went back through the two doors that they’d entered.

Outside the ship was as normal. He ran round the whole thing. Nothing, no sign of the unusual. All he saw was a ship in a field.

Back inside his mother waited, the horizon stretching out before her.

“Hold on Tolui, I’ve a feeling we’re not in Karakorum anymore.”

The people are currently on a 10-year loan from Messier 63, at a cost of 72 Dekatermoriums a year. We’ve experienced several failed mating attempts over the past three years. And while this has been disappointing for our keepers, they remain hopeful. Yes mam?”

“How long do you expect their mating cycle to last? And is it true that this could be the last of the universe’s people?”

“Well, we believe that the male – you can tell them by the proboscis…

“Do they consume from that?”

“Hmm, there are claims that certain people used to consume from the male appendage, but I don’t believe it. Where was I? Yes, it’s believed that the males remain fertile until the point of death. However, our research suggests that the females have a limited mating period, but unlike ourselves there seems to be variables to take into consideration when it comes to this…”

“Your keepers told me that it’s unusual for the male… oh look, what’s he doing?”

He’d grown disinterested and wandered off. Of all the species on show, the people were the most boring. After the initial shock of their exhaustive communicative abilities – which he personally saw as somewhat antediluvian – they had sweet fuck all to offer. The dinosaurs on the other hand. Well, they were a spectacle. And the keepers had done so well keeping their numbers up, despite their tendency to eat one another. His antipathy towards people was also somewhat fuelled by their parasitic qualities. They’d brought their demise on themselves, the work-shy ratfinks. Of course, the sentimentalists at the Rare Species Conservatory Foundation couldn’t let them all die out.