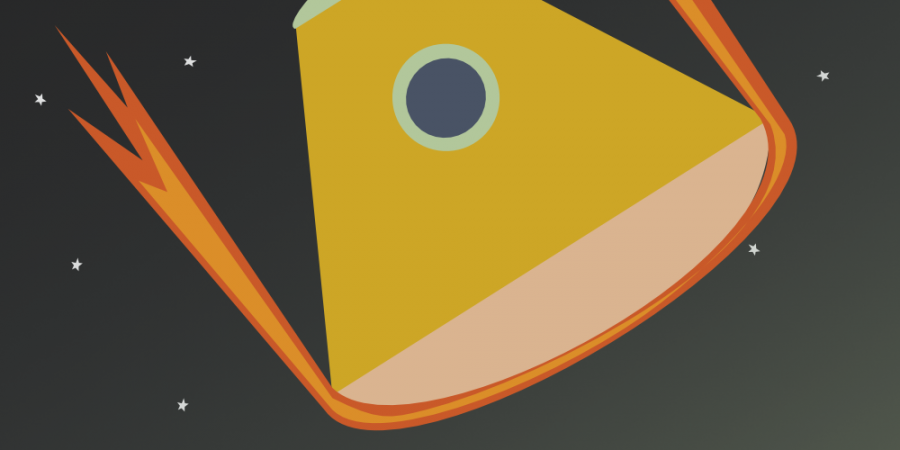 Don’t be stupid.” he said, and then, almost to himself “Code is the only language in the universe that means exactly what it says. It’s the truest mirror of reality there is.”

“No. There isn’t a counter argument.”

“Humans?” Potar’s eyes flicked up to challenge Rin’s for the first time in a long time. His fingers, which had been tracing lightly over screen in an entirely indiscernible pattern, slowed slightly, still moving apparently of their own accord. “This world hasn’t been human for a long time.” His eyes slid back to the monitor, shoulders still completely still.

“So why is our language still the same, then? Of course we’re still human, even if we’ve got bits … added on, tweaked.”

“I notice you don’t use the word ‘improved’.” Potar commented, an eyebrow cocked very slightly. “How intriguing.”

Adonis had not changed Rin in the ways he had hoped. Even with electronically-improved hearing, eyesight both short- and long-distance, grip strength, lumbar support from a lightly-coated ribcage and spine. As well as behavioural conditioning to improve nonverbal efficiency, interlingual parsing, and almost totally eradicating the part of the brain responsible for social anxiety. He was still the displeased owner of irritating and unexplainable faults like biting his nails when he felt he should feel worried or becoming particularly quiet at what should technically be sundown, though there was too much grit and fume across the sky at any given time to know what point of the day it really was. It didn’t matter, on the whole. The city was in a constant state of churning, meta-industrial life.

Pushing the earlier conversation from his mind, Rin dumped his backpack by the door and walked over to heave open the metal block he’d had to replace the balcony door with. Once outside, he looked down at his most prized possession: a jade plant, only four leaves in all, silently soaking up ‘sun’ day after day. It made him laugh to think that once people had called them ‘money plants’, as if money could ever be connected to something more than electronic transactions.

He crouched, and considered the little plant; brought it right up to his face, wishing his low-grade orthoptics had a higher degree of focus inbuilt. His right eye twitched slightly as the lens in his pupil rotated a fraction of a millimetre to focus.

Small, the only thing Rin could bring to mind that was entirely free of metal or electronics or sensors.

There was something almost sinister about a thing so beautifully crafted without a maker or a conscious mind of its own. Eerie, like it could out-think extinction just by photosynthesis and slow, unassuming adaptation… all the mechanised firepower in all the world wouldn’t help if plants somehow decided we were in their way, Rin mused, and wondered if this was what he wished for. His eyes travelled critically over the fronds of the tiny green thing, the minute veins supplying the immacutely symmetrical, plump leaves, each one still smaller than the distal phalanx of his little finger, pointing down slightly at the tips like they were sighing silently.

Perhaps this was what Potar had meant.

With the unassuming plant cupped in his palm, he looked across to the opposite housing block without really seeing, vaguely listening to his messy, excitable, completely socially oblivious neighbour have textbook sex with her new boyfriend. How long before he finds out she has a vagina made from metal, Rin wondered detachedly. Touted as the utmost in luxury – ‘feel priceless inside and out’ – women were upgraded through Adonis to have their insides coated with a fine sheet of what he had once been told was cast-off ship metal. The ironic thing was that it killed all sensation; his housemate was faking the entire show. Utterly useless as a socio-environmental adaptation. Rin couldn’t remember when the AddOn military initiative had morphed into something consumers wanted and would pay a lot of good money for, it just slowly became privatised and sold off to unexpectedly bizarre multinational conglomerates. Adonis became the synonym for expensive and unusual personal luxury; why get a diamond encrusted teleport pad when you could replace all your muscles every two years or increase your hearing range to include ultrasonic wavelengths? A constant game of increasingly expensive and morbid artificial one-upmanship.

Of course, this market soon spawned knock-off, pirate versions. Rin’s brother had died getting his immune system flushed out and ‘replaced’. He had never known what Aerte had wanted it replaced with, and now he could never ask.

Paper tearing quickly behind him made him start. He started to turn his shoulders, the disposable cup housing the little plant falling absentmindedly from his fingers, just as something large and metal and cold made contact with his chin, knocking his head forcibly back. He stumbled. Another blow to the other side of his head and he felt electronics crunching under his temple where once there had just been bone. He crumpled.

Small, carbon-sheathed feet hopped deftly over his sprawled upper limbs and crouched in the shade of the balcony, ensuring no sightline was visible from the hundreds of matchbox-apartment windows opposite this one. Slender fingers pressed various points on the unconscious body, confident they would discover the concealed object they were searching for. Nothing. Shit. Where is it? The eyes registered a brief acceptance frustration before scanning the sparse but clean apartment. Of course. There we are. Unzipping the backpack and extracting the wallet, the lithe hands sifted efficiently through paper money, notes with irrelevant numbers, times, vintage business cards, before stopping at a card on which was scrawled neatly

HOW I THINK CANNOT BE
SEPARATED FROM HOW I FEEL

After a strangely long period of deliberation given their normal efficiency, this card, and a small piece of grotty paper folded many times with the letters A.P.C. on the front (or, perhaps, the back), were slid neatly into a concealed breast pocket. It was time to go.

On the concrete floor beside Rin’s temple, a pool of blood was forming. The jade plant had fallen close to it, knocked clean off the plastic cup. The dirt and tiny pebbles and crumbled concrete which had once formed its environs now scattered on the balcony, the intruder closed the front door to Rin’s apartment without noticing the slow, organic movements of the little plant. Spindly roots, etiolated from their normal subterranean habitat, began to stretch from the plant towards the blooming liquid life.